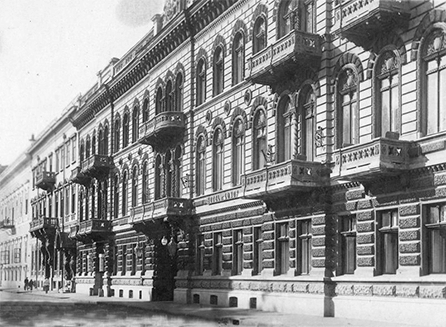 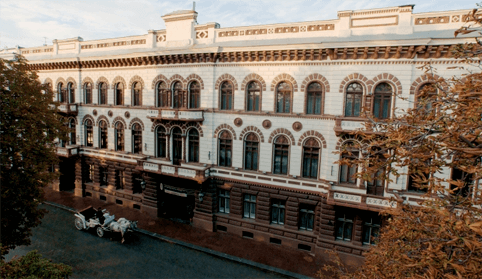 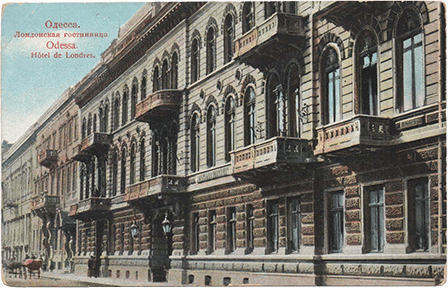 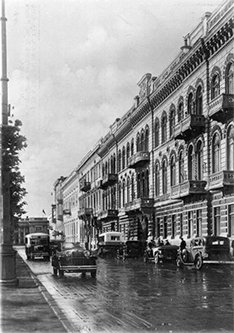 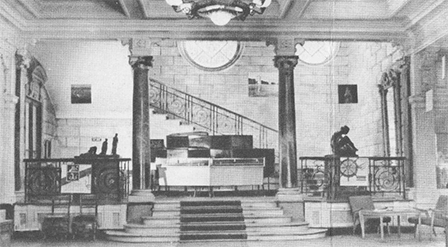 The "revolutionary" and then the "Soviet" history of the "Londonskaya" has begun. During those years of universal equality and asceticism, it has managed to maintain a completely extraordinary atmosphere of fashionability and a certain historical charm. Again the hotel has attracted the celebrities. In the hotel books there were the signatures of writers Louis Aragon and Elsa Triolet, the dancer Isadora Duncan and many others, whose names are written in gold letters in the history of the twentieth century.

The renovation of the hotel has been completed and the “Londonskaya” Hotel, as before, was recognized as the best hotel in Odessa. This is eloquently evidenced by the fact that the “Londonskaya” has hosted the star jury of the 1st International Film Festival Golden Duke, with the participation of Marcello Mastroianni, Nikita Mikhalkov, Oleg Yankovsky, Mark Zakharov and Stanislav Govorukhin.

Based on the project of architect F.C. Boffo the early Italian Renaissance style mansion has been built in Boulevard Street No. 11 (at present it is Primorsky Boulevard), where the hotel "Londonskaya" was originally located. The fate itself has ordered that the history of the future hotel had begun at the place where the history of Odessa was started metaphorically. The fact is that during the construction of the building the remains of the ancient predecessor of Odessa - the Istrian harbor have been found.

In April of this year the Odessa hotel "Londonskaya" has opened its doors to the first guests. The founder and the first owner of the hotel was Jean-Baptiste Caruta, the famous French confectioner. Due to the fact that all French "patriotic" names have been already "assigned" to other hotels, Caruta has turned his gaze to the foggy Albion and opened a new topic hitherto, calling his hotel "Londonskaya".

There were the years of the first major reconstruction of the "Londonskaya" under the project of architect Y.M. Dmitrenko. The first hotel of Odessa acquires that external appearance that fascinates the residents and guests of Odessa up to this day. And those lucky ones who happened to stay here at least once, became the hot admirers of the "Londonskaya" forever, leaving here as it were a piece of their aura. Among them there were the crowned heads, the scions of aristocratic families, ministers, diplomats, famous writers (Anton Chekhov, Alexander Kuprin, Robert Lewis Stevenson), artists (Ivan Aivazovsky), etc.